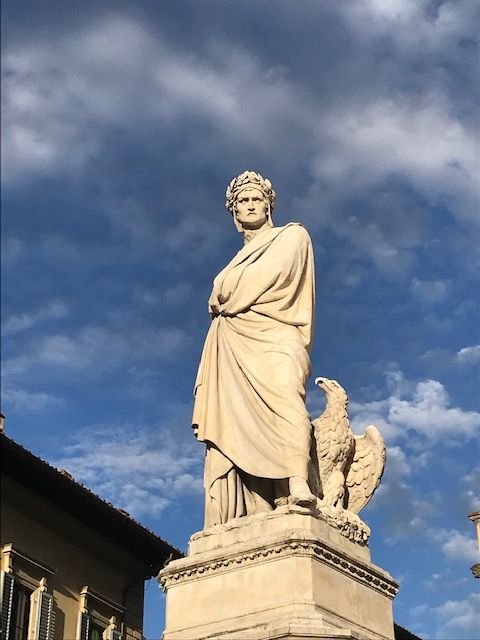 On Dante's footsteps in Florence

On this year we celebrate Dante Alighieri, the most famous Italian poet, in the 700 anniversary of his death, with a tour on his footsteps in Medieval Florence.

This walking tour with a private guide will take you to discover the life and work of Dante, visiting the places that saw him protagonist and which influenced his poem, the Divine Comedy, first poem in Italian language.

You will know his life as a poet and as an important politician of his time and find out many curiosities about Florence in the Middle Ages, such as the education, the role of women, the food, the fashion and everyday life.

The tour starts from the Cathedral Square at the Baptistery of St.John, where Dante was baptised in 1265 and goes across the medieval district where he was born and where he met Beatrice, the woman of his ideal love often mentioned in the Divine Comedy.

The tour continues to Piazza della Signoria, the political hearth of Florence with the imposing Palazzo Vecchio, where Dante sat as one of the Priors, where you will learn of his important role as a member of the Florentine Republic.

During the walk you will see the Church Orsanmichele, seat of the guilds of the city, to which Dante belonged as a poet, and some of the oldest medieval towers of the Guelfi and Ghibellini, the two main political parties in Medieval Florence.

Passing by the Ponte Vecchio and the Bargello we will reach Piazza Santa Croce where Dante is celebrated with a Statue and a cenotaph inside the Church. 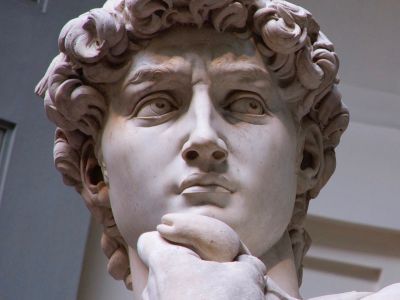